After joining my new job in Bangalore, I travelled back to Chennai the very first week just to get familiar with routes and transportation.

For my way back Chennai to Bangalore, I booked bus on Redbus app and my booking got scheduled at 12.00 a.m. As it was a late night travel, my mother asked my brother to drop me, but I told them no need, since I already asked my friend to do the same. So, I packed everything and called my bestie Prasath to drop me at KFC near Poonamallee where my boarding point was given.

He came to my house around 10.45pm and after I took all my luggages, we started on his Royal Enfield 350cc Classic to Poonamallee. We chose the outer ring road as we could drive faster and reach my boarding point earlier. While we were traveling, all of a sudden something was blocking his bike’s fuel pipe and the bike wasn’t moving faster. He checked his fuel level and told me, buddy, no petrol, I forgot to fuel my bike. 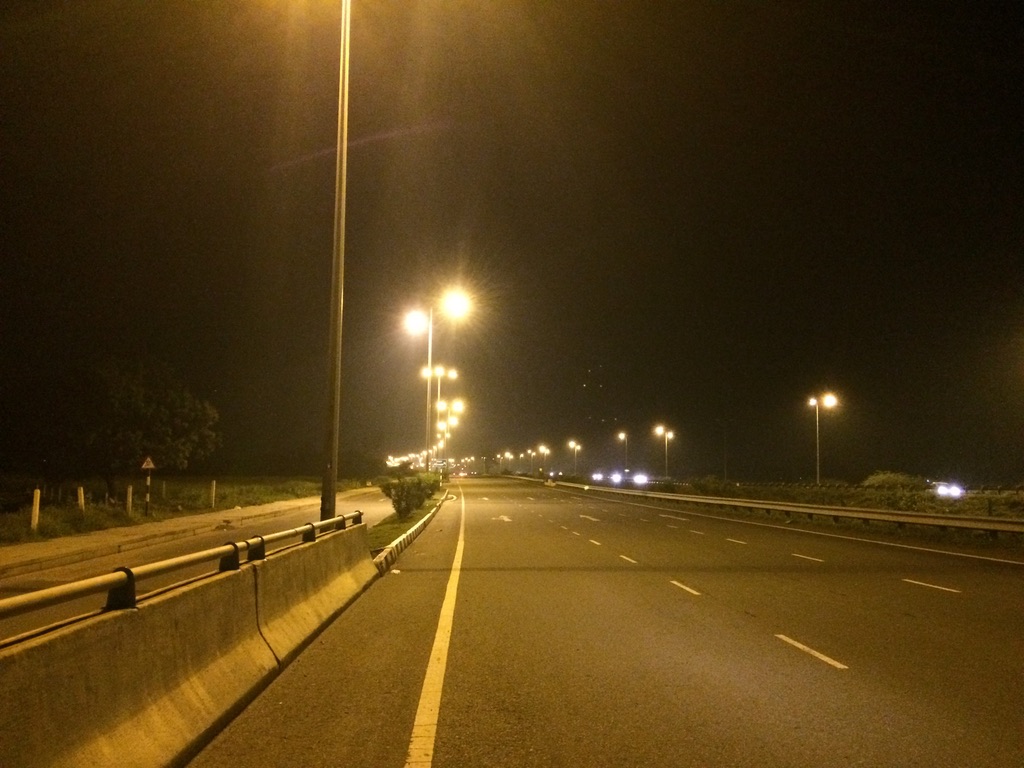 It was deserted. We could hardly see any vehicles moving on our lane. Also, the vehicles which are crossing us were clocking minimum of 100 KMPH. I was frustrated, but at the same time felt pity for people who own RE and cry to put petrol. It was like the popular Tamil saying பெருமைக்குனு பன்னி வளக்கற கதை. My friend here, is not of that type, he generally does full tank, but sadly, this time he had forgotten which is very very rare. So I told him, no problem, let’s check for alternatives and we called our another friend to get petrol for us.

As we were rolling his bike, we saw a young couple crossing us on the bike. The guy who drove the bike went some 300m ahead of us and then came back, stopped near us and asked,

Us : (We were surprised 😳) Bike le petrol illae.

Us : Illa vendam ji. Friend kita soli irukom. He is on the way.

It was not his helping attitude that surprised us, but that it was late night and he had a girl by his side. Oru vela nanga avan place le irundhu irundha? We don’t know whether we might have stopped and offered help to strangers that late.

Then, we started rolling his bike again, discussing this and reached Outer ring road administrative block. To our bad luck, even that was closed on that day, but there was a security guy sitting there. We approached him and explained our scenario. He came forward to help us by dropping me on my boarding point with his scooter and asking my friend Prasath to stay where we were, so that he’ll get petrol for him on his way back. I felt so relieved that I finally believed I would catch my bus. He dropped me on Poonamallee on time and was about to get petrol before which my another friend came to Prasath’s rescue.

It was at this moment, I felt Kadavul irukkanda kumaru. Two people offered their help to us without even knowing who we are. To them, we are total strangers. But as soon as they heard about our situation, they were ready to help us. I was happy that inum indha oorle nallavanga irukanga. I made a note on the very same day, that I should share this story someday when I start this blog.

Thanks for reading. See you in another article.